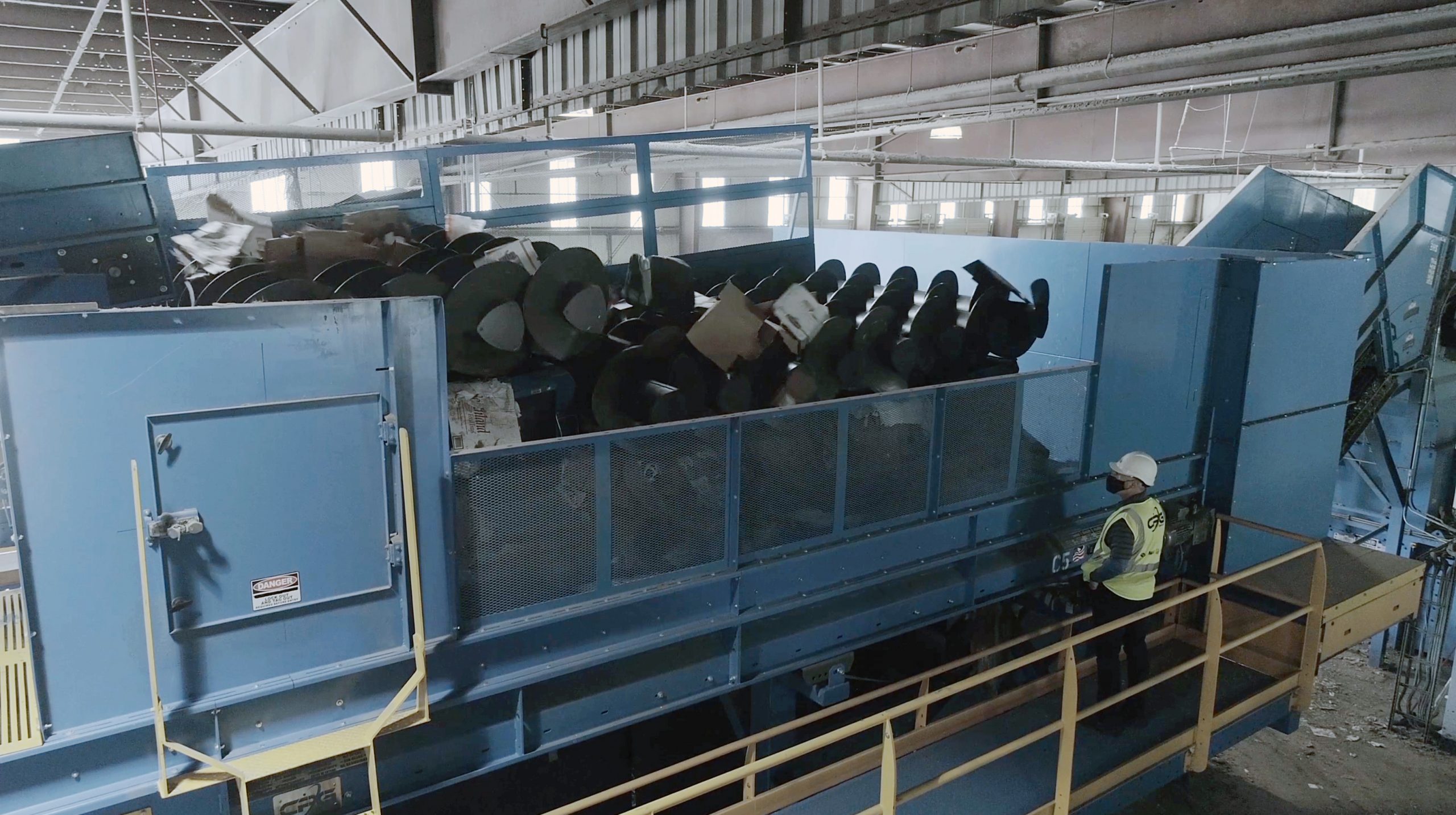 Several of these machines have been sold in both commercial and single stream applications. The first unit installed is at Waste Connection’s Ecosort facility in Eugene, OR. This facility processes 15-20 tons per hour of commercial material.

“CP’s OCC Auger Screen has been a great addition to our operation. This machine does an exceptional job at producing a clean stream of OCC at an efficient pace with minimal downtime and cleaning necessary. The folks at CP have been great to work with through this process and we will definitely work with them again for future projects,” stated Brian White, District Manager, Sanipac/Ecosort/Sweet Home Sanitation/ County Transfer and Recycling.

The OCC Auger Screen does not need to be presorted and can go directly after the infeed conveyor. It consists of a series of parallel cantilevered augers and has the same benefit of a disc screen to separate material without wrapping.

Each shaft is a self-cleaning, rotating screw that allows wrapping material to come off the opposite end. When placed in front of a traditional presort, material is screened before any people, proving to be a much safer environment for workers because sharps, needles, and other small hazardous material will bypass sorters in the unders fraction. After the OCC Auger Screen, large trash is removed by OCC quality control personnel with a much decreased burden depth.

“Our customers challenged us to create the MRF of the Future. We responded by developing a non-wrapping machine that disrupts the traditional MRF design flow and eliminates the presort. Our new patented OCC Auger Screen specifically targets OCC to create a clean end product utilizing high-agitation augers,” stated Ashley Davis, Director of Sales and Marketing at CP Group.

See It In Action