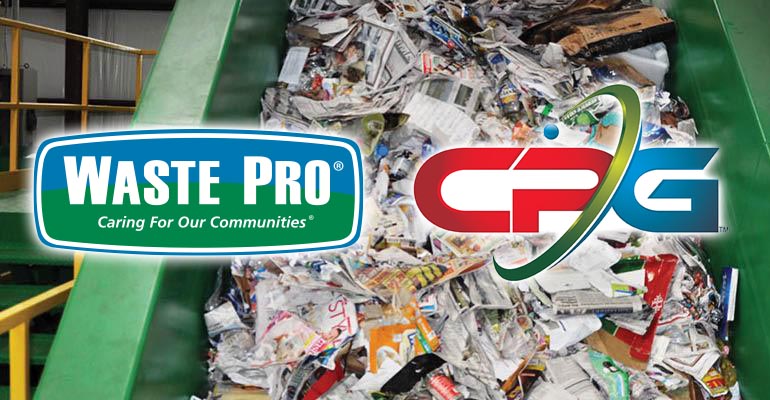 The facility originally opened in 2008 after a major renovation.

“Waste Pro’s expansion is a wonderful addition to the southern end of Manatee County,” Manatee County Commissioner Robin DiSabatino said in a statement.

The facility originally opened in 2008 after a major renovation.

“We are proud to have partnered with Manatee County on this recycling initiative,” Waste Pro Division Manager Sean Jennings said in a statement.  “We are committed to the community and are excited about the long term effects this will have on improving the quality of life for the residents in Manatee County.”

The project is a direct result of the need to process the large volume of recycled materials collected curbside by Waste Pro’s vehicles.  “The convenience and larger capacity of the new recycling carts has increased the overall amount of recyclables,” Waste

The SRQ Material Recovery Facility was designed by Tom Walter of the Walter Group of Sarasota and constructed by Metropole Construction of Fort Myers. The MRF is equipped to deal with Manatee County’s conversion to single-stream recycling, which went into effect last October. The facility will be processing up to 2,000 tons of mixed glass, metals, plastics, paper and cardboard, per month, from residential and commercial sources throughout unincorporated Manatee County.

CP Manufacturing provided the equipment for the facility, including disc screens that detect and mechanically separate recyclables based on material, size and density.