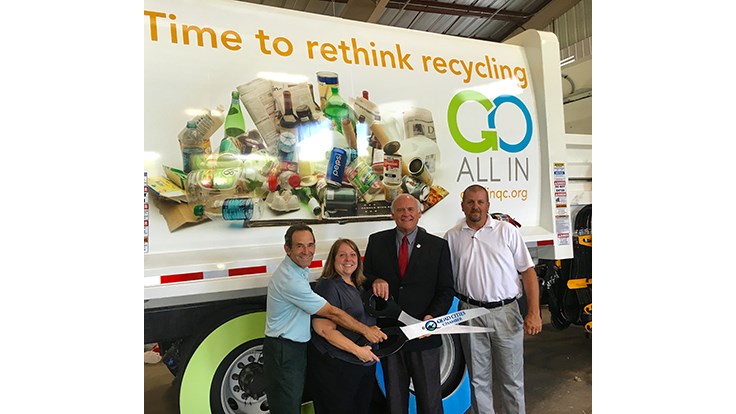 The equipment and changes to the facility were funded through a general obligation bond issued by Scott County that was secured with revenue agreements from theWaste Commission of Scott County and the cities of Davenport, Bettendorf and other commission members. The recycling equipment cost $3.1 million, which facility construction costing $4.6 million.

The MRF includes an OCCScreen to remove cardboard, a CPScreen to separate 2D material from 3D material, an overbelt magnet, an eddy current separator and a glass cleanup system from the CP Group.

Midland Davis has a long-term fiber marketing agreement with Scott County and recently partnered with Pratt Industries to purchase of much of the county’s paper. Within hours of curbside pickup, the paper is sorted, baled and shipped to Pratt’s new greenfield mill in Valparaiso, Indiana. Then within approximately 48 hours of receipt, it is made into new boxes that are sold primarily within the region, the companies say.