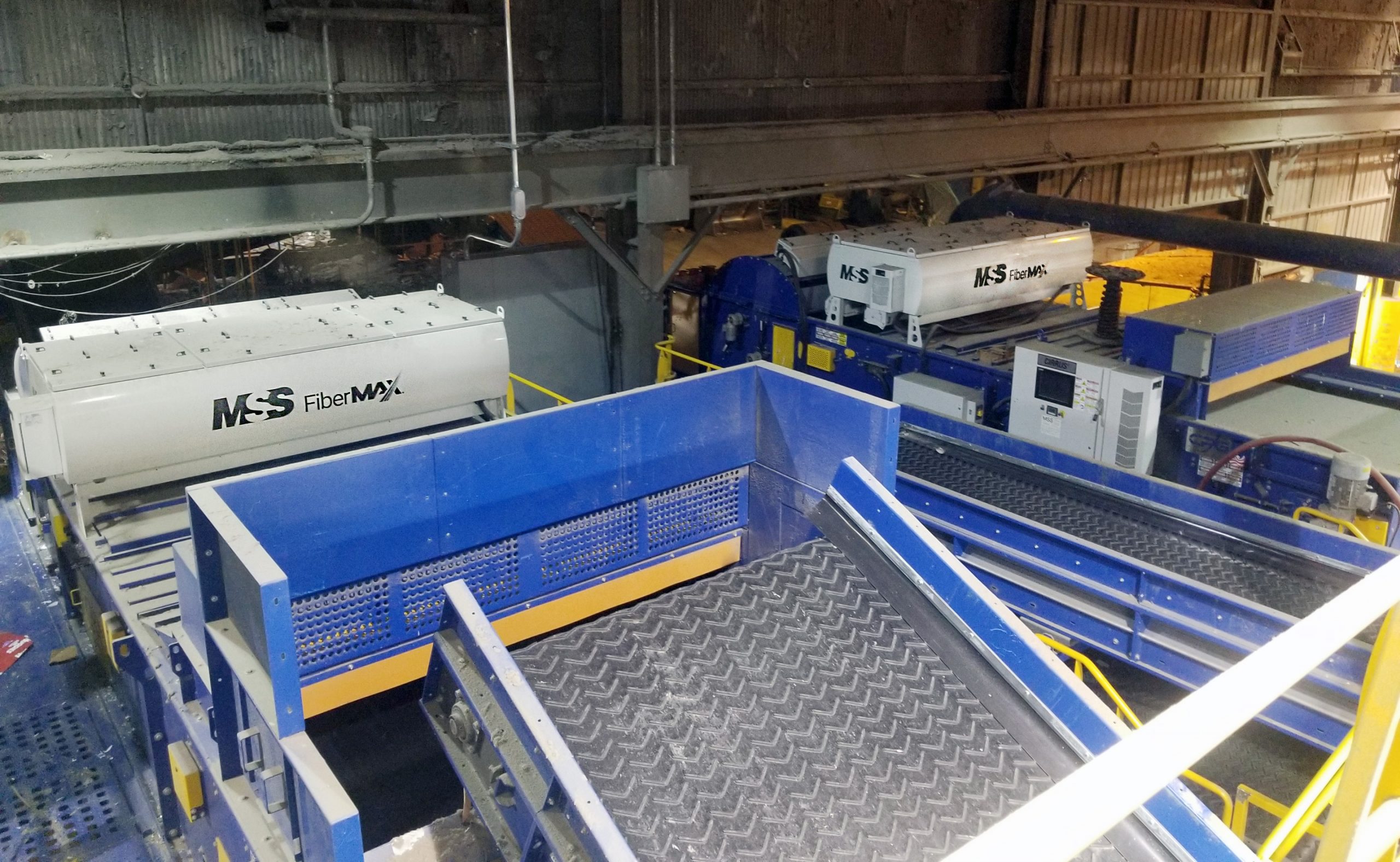 In 2018, Republic added two single-eject MSS Fibermax™ optical sorters to meet the new strict export grade requirements of less than 0.5% contamination with a 50% reduction in headcount on the fiber quality control stations.

After a successful integration and achievement of the retrofit goals, Republic moved forward with the addition of two dual-eject Fibermax™ units, which started up on March 21st of this year.

The dual-eject MSS Fibermax™ units eject cardboard as well as prohibitives out of the paper line. These units reduced headcount by 44% on the fiber quality control stations. Additionally, the units capture small OCC and clean up any remaining contamination in the fiber.

“Since installing the Fibermax™ additions we have increased revenue, improved the quality and value of material and improved the overall operation of the MRF. The CP team are truly an outstanding group to work, with from installation to service, and the machines speak for themselves,” said Don Zimmerman, Operations Manager at Rabanco Recycling.

CP worked with the local Republic team to integrate the optical sorters over multiple weekends to eliminate plant downtime during both retrofits.

“It has been a pleasure to work with Republic Seattle on their Fibermax™ additions. We are happy to see the return on investment in these retrofits pay back so quickly. Our companies were able to work together to achieve minimal downtime as well. This is a very successful integration and one that we are proud of,” said Terry Schneider, President/CEO of CP Group.