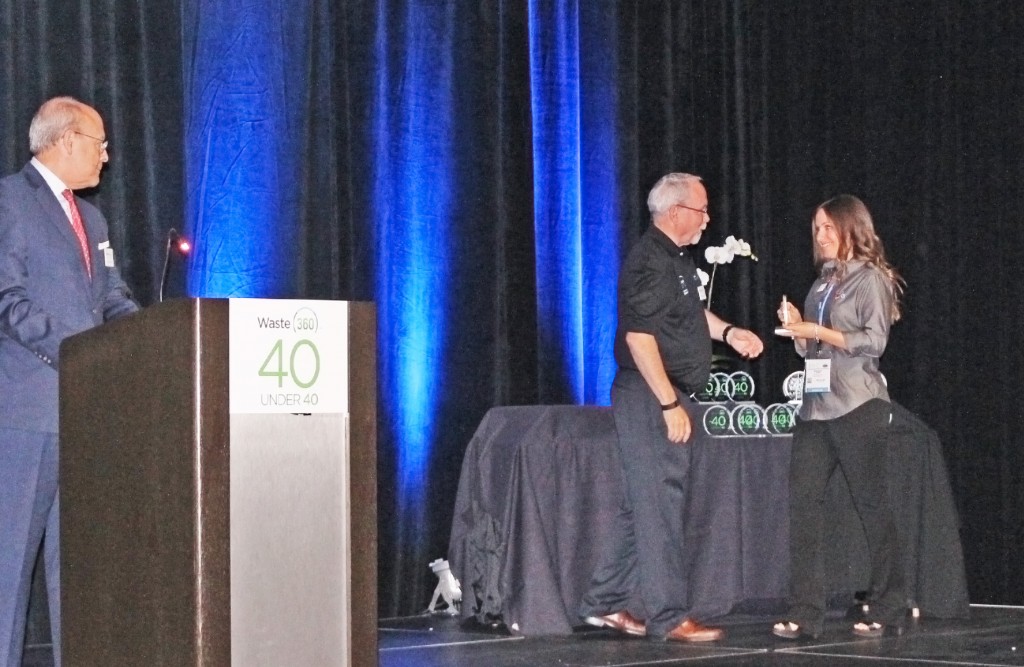 Ashley Davis, director of sales and marketing for CP Group, San Diego, has been recognized with a place on Waste360’s first annual 40 Under 40 awards list, which the publication says showcases the next generation of leaders in the waste and recycling space who are shaping the future of the industry.

“The Waste360 40 Under 40 awards program recognizes inspiring and innovative professionals under the age of 40 whose work in the waste, recycling and organics industry has made a significant contribution to the industry,” according to Waste360. “The winners are involved in every part of the waste and recycling industry, including haulers, municipalities, composters, recycling professionals, policymakers and product suppliers.”

A panel of judges from Waste360 evaluated more than 400 nominations and consulted with an external advisor to select the 40 winners.

The winners were announced at WasteExpo 2016, North America’s largest solid waste, recycling and organics industry event. Davis was presented with the award June 8 at the Waste360 40 Under 40 Reception, held at the Las Vegas Convention Center.

Davis has been with CP Group for six years. Having spearheaded various initiatives in the marketing and sales departments, she has been recognized for her vision, creativity, determination and initiative, the company says in a news release.

Last year, Davis was promoted to the title of director of sales and marketing, overseeing all marketing initiatives and managing all sales efforts for the company.

In June, she received her executive MBA from San Diego State University.

“Ashley and her generation are the future, not only of our company but of our industry,” says Terry Schneider, CEO and president of CP Group. “Her focus and passion has already helped our company make a significant mark on the industry, and I look forward to what she will do in the future.”

“We congratulate all of the professionals we’ve recognized,” says Waste360 Editorial Director David Bodamer. “And we look forward to watching them chart the course for the industry in the years to come.”